We offer institutions and communities efficient and effective turnkey models to create an entrepreneurial ecosystem based on sound educational principles.

Taking entrepreneurs to the next level 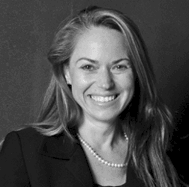 Dr. Susan Amat is the founder of Venture Hive, which focuses on democratizing entrepreneurship education through a global network of accelerators, universities, and K-12 programs. A serial entrepreneur, she built businesses in the entertainment industry for over a decade, including the first CD-ROM magazine and a national television show. After completing her MBA, Dr. Amat developed pediatric health monitoring products and earned a Ph.D. in Strategic Entrepreneurship (coursework in industrial engineering, business, and education). While teaching at the University of Miami, she founded The Launch Pad, which was considered the top model in entrepreneurship education. Her program and platform was replicated throughout the United States as Blackstone LaunchPads. Dr. Amat served as the founding Chair of the STEM Board for Miami-Dade County Public Schools and actively speaks about entrepreneurship education internationally. She has consulted with the US State Department, The Kauffman Foudation, and the World Bank on ecosystem development. In 2012, Dr. Amat was honored as a 'Champion of Change' at the White House.

Luis Amat traveled the world for 18 years in his Silicon Valley-based role as a software consultant, consulting director, and software engineer and entrepreneur developing solutions for both commercial and research-based organizations. Luis holds Bachelor of Science and Master of Science degrees in Computer Science from Florida International University as well as a Bachelor of Music degree from the University of Miami. 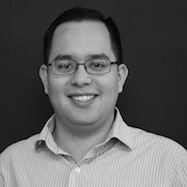 Carlos attended University of Florida in Gainesville, FL where he earned his bachelor's degree in Business Administration and Latin American Studies in 2010 and master's degree in International Relations in 2012. After six years at the University of Florida, he joined Teach For America (TFA), forming part of their Miami-Dade cohort and taught 7th and 8th grade Language Arts in Miami Gardens in 2012 to do his part in helping to close opportunity and achievement gaps in the community. In 2013-2015 he taught 7th grade IB Language Arts in North Miami. After successfully completing his teaching commitment with TFA, Carlos joined Venture Hive as the Venture Hive Prep Manager to work on developing and implementing tailored entrepreneurship curriculum for the company's varied K-12 programs. 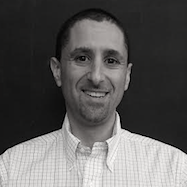 Andrew Heitner is a successful tech entrepreneur turned investor with over 13 years of experience in private equity and M&A. He is currently a partner at Alcon Partners and founded New Frontiers Information Corp which was sold to Banta Corporation/RR Donnelley in 2001. 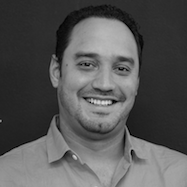 Luis is a Creative Director with over 10 years of experience, leading strategic communications teams in the development and delivery of video and company events in Latin America and the US. 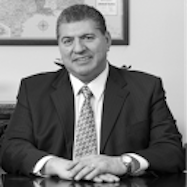 Businessman with more than 25 years of experience in international trade and logistics. Experienced in successfully running large international organizations as well as designing and starting up businesses from scratch.

Currently the President and Founder of Branch USA Worldwide Inc., an innovative and low-cost business platform developed to support the internationalization of small and midsized enterprises in the Latin American region.

In 2010 he founded and lead the International Aviation and Travel Institute, Inc. (IATI), a consulting and training Institute focused on the aviation and travel industries. This company performed several important consulting projects for international airlines and companies such as COPA Airlines, Panair Cargo, Mas Airlines, Tame Airlines, RAK Airlines, CAS USA, FLOPEC, and others.

As Vice-President of Sales and Business Development of Florida West Airlines; a LAN Airline’s partner in the USA; from 2003 to 2008, he was responsible for the company’s leading positioning in the Central American market. He also transformed the Colombian market into a profitable route for the company and negotiated and implemented important strategic alliances with airlines such as ABX Air, Japan Airlines, and others. He became a key contributor to company’s total sales of over $75 million per year. Similar successful results were obtained during his 6 years as USA Director of Cargo Sales for TACA Airlines Group.

His first business challenge in the USA was as Marketing Director of Latin American Operations for Wholey International, in Pittsburgh, PA., where he developed and managed the fresh salmon business line for the company building a strategic alliance with a large salmon farm in Chile. Directly responsible for monthly sales of over $1 million, and he also developed and managed a fresh fruit business line for the Company importing fresh produce from South American growers and selling it in the U.S. market.

During his 13 years career as a Chilean Navy Officer, he designed, implemented, and managed the most modern information system infrastructure of the Navy. He headed a group of over 30 engineers and technicians to develop innovative technological solutions for the institution, becoming an important contributor toward the modernization of a public service in the country.

His academic background includes a BS in Marine Engineering, from the Naval Polytechnic Academy of Chile. Attended the Master of Business Administration and Master of Science in the Management of Information Systems programs at the Katz Business School, University of Pittsburgh.